Start
About us
Locations

Schule Schloss Salem was founded in 1919 and officially opened at Salem Castle in 1920. Due to a steady rise in the number of students, with a total of 600 today, the school repeatedly experienced space problems over the past 100 years; it was decided to lease buildings in the immediate surroundings in order to accommodate the students and maintain a stable educational and boarding school life.

In connection with the opening of Salem College, the Campus Härlen in Überlingen was opened in the year 2000, as the last of these three locations. Not only on account of the full capacity in Spetzgart Castle, the school took up the idea of developing an upper-level boarding school with an international focus. This would allow Salem to preserve its time-proven three-tier structure and provide the appropriate educational environment for different age groups, based on the overall precepts for which Schule Schloss Salem is well-known.

For nearly 700 years, between the years 1134 and 1802, Salem Castle, located in "Salmansweiler" near the northwest shores of Lake Constance, was the richest Cistercian Abbey in southern Germany. Schule Schloss Salem was founded by Prince Max of Baden and Kurt Hahn in 1919 at Salem Castle and officially opened in April 1920. 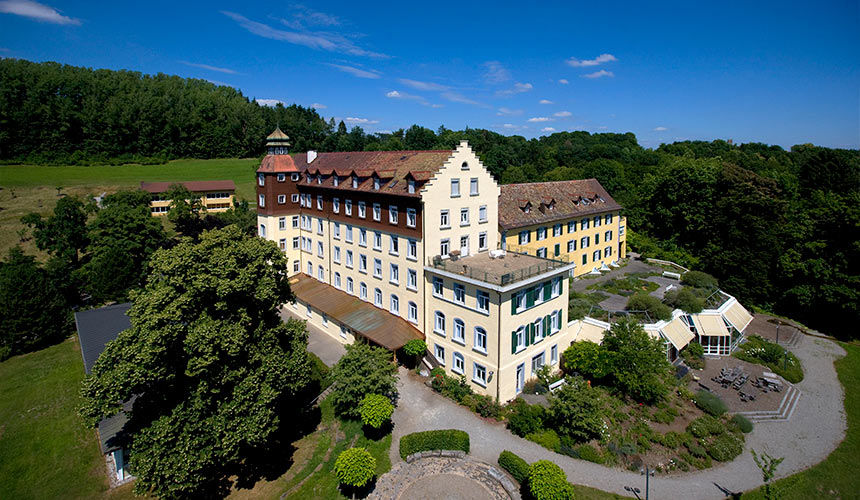 The first mention of Spetzgart Castle traces back to the 13th century. On 3 May 1929 Schloss Spetzgart became an outlying site of Schule Schloss Salem. In 1933 the Spetzgart Harbour on Lake Constance was built by students of Schule Schloss Salem. The Spetzgart Campus is only minutes away from Campus Härlen, connected by a footpath through a nature preserve area and ravine known as the Spetzgarter Tobel. Their geographical proximity allows for flexible class schedules as well as an overall boarding school programme rooted in a strong sense of community. 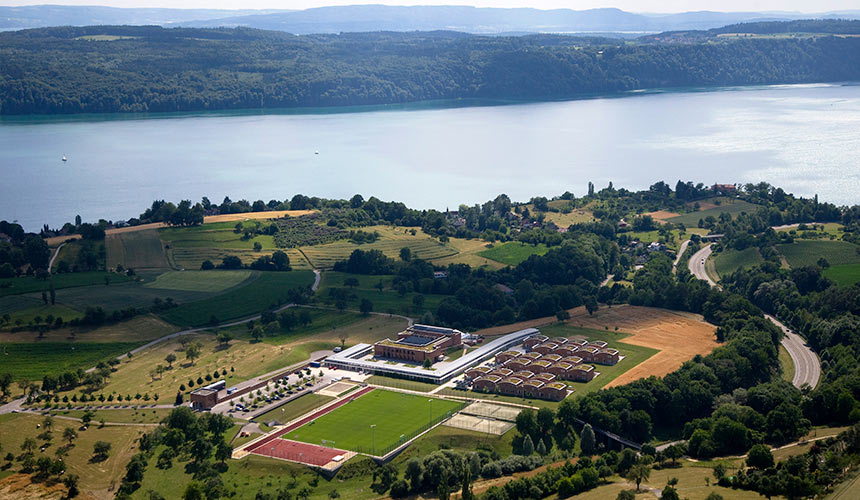 Campus Härlen was erected using the architectural designs of the prize-winning Stuttgart architects Prof. Arno Lederer, Jorunn Ragnarsdottir and Marc Oei on an attractive parcel of land situated on the slopes above Lake Constance at the edge of the town of Überlingen. Along the shores of a large lake surrounded by four countries with a shared European cultural landscape, Salem College is predestined to further develop the internationality of Schule Schloss Salem.

The architectural concept of Campus Härlen provides the members of our school with an extraordinary opportunity to live and learn in a community framework based on the pedagogical values of Salem.

Hence in the middle of the campus there is a communal building in which one finds an auditorium, theatre facilities, cafeteria, coffee bar, library and administrative offices side by side, creating the common space for encounters between students and their educators. Its funnel effect allows the activities of daily life at the college to be collected, to mix and to merge in all their manifestations.

The living accommodations for students are located on the northern edge of the property. Residential units consisting of four double rooms with shared baths, are terraced in groups of four, which form a dormitory wing. Between the wings there are green areas and common paths, which allow for a progressive increase in social interactions.

A School Through and Through

The classroom building is designed as a modest one-storey structure framed by wooden passageways, or pergolas, and functions as a filter between the communal space and the residential area. It divides and unites, can be adapted for various occasions and be used for extracurricular activities.

Community has always stood at the centre of Salem's pedagogical endeavours. Living within a community, however, can only succeed when each individual's rights are given due respect. At Salem we want students to experience that duality is a part of life: rest and movement, retreat and encounter, autonomy and community, disciplined work and joie de vivre.