Between the autumn and winter holidays, year 9 students at Schule Schloss Salem dealt with the topic of journalism. Every day each student received a new copy of the local newspaper ‚Südkurier‘. They were then free to work on a current topic of their choice. A wide variety of texts were analysed, relevant facts were identified and differentiated from opinion-forming elements, and profiles of the individual articles and topics were created. All this preparation led to class presentations at the end of the project. Everything from climate activists to football and citizen's money to the global economic crisis was covered.

In addition, the Team 9 teachers arranged various visitors who gave the students an insight into the newspaper business and different topics.

Jenna Santini - Editor at the ‚Südkurier‘

An editor from the ‚Südkurier‘ was invited so that the pupils could find out how a newspaper is created. Ms. Santini gave the pupils an understanding of her work, explained how to deal with fake news, told them about her own experiences and explained why she works in journalism.

With a post on Twitter, for example, it is sometimes difficult to see whether the information is true or whether it is fake news. Therefore, the students were shown a post and asked to decide if the information contained was real. Fake pictures and exaggerated figures were used to illustrate that in this case it had to be fake news. Ms. Santini explained that attention should be paid to language, exaggerated numbers, punctuation marks and edited or outdated images. The students were then asked to work individually in small groups to write down other ways to spot fake news. The students were very positive about Ms. Santini's visit and agreed that they had learned a lot.

Climate activists Samuel Bosch and Charlie Kiehne were also invited. For more than a year now, the two have been living in a tree house in the Altdorf forest, often with up to 50 other activists. Together, they campaign to ensure that local forests do not have to make way for gravel pits and that trees are not felled.

They also believe that too much food is thrown away. When it comes to food waste, for example, they see containering as a possible approach, although this is not actually permitted. Nevertheless, Samuel and Charlie have been containering in local supermarkets. They were eventually caught and for this reason they were brought before the local court in Ravensburg. As punishment, they had to do community service, but this does not stop Samuel and Charlie from continuing to campaign for climate protection.

They see capitalism as another problem; that too much is produced, and believe that everyone should save as much as possible and think more long-term. Samuel and Charlie therefore live a vegan lifestyle and wear second-hand clothes. They finance their livelihood mainly through donations and with the support of their parents. They live without any real property, but share everything with the other activists who live with them. In their opinion, richer people should pay even higher taxes than they do already. 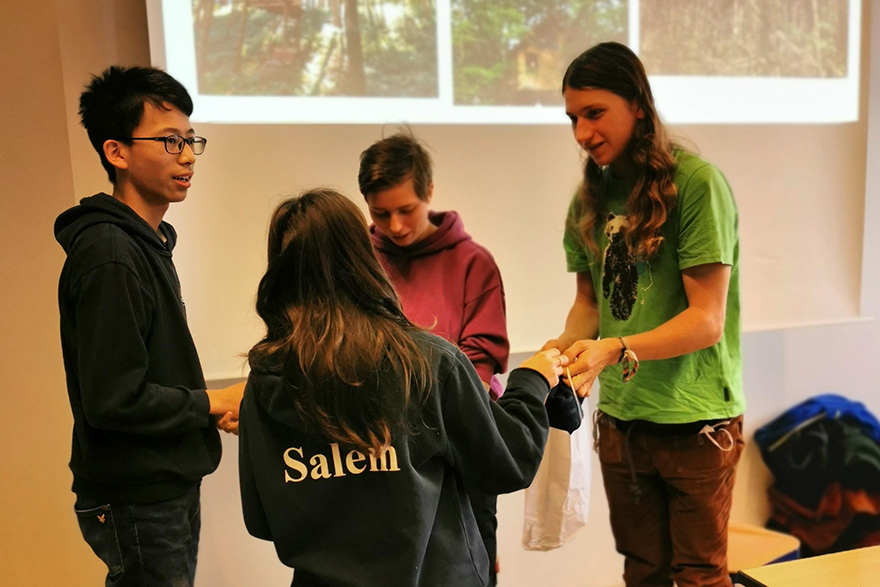 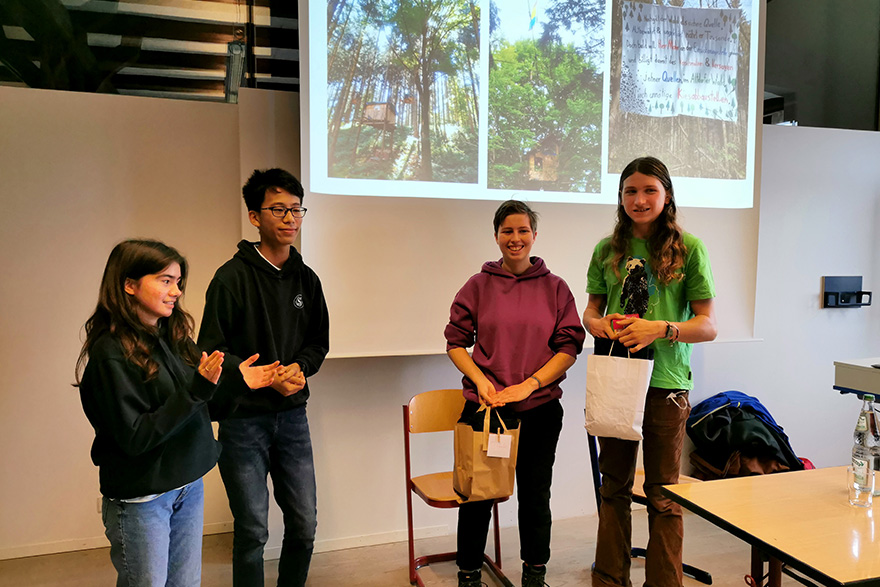 Excursion to the Südkurier Media Centre

To conclude the project, the students visited the ‚Südkurier‘ media centre in Konstanz. At the beginning, they were shown an introductory video in which the media centre and the ‚Südkurier‘, as well as the history, were explained. Afterwards, the students were guided through the media centre. They were later tested on their knowledge of the ‚Südkurier‘ by means of a quiz. They toured the marketing and on-line departments and were also shown how paper is stored and how newspapers are printed and folded. The excursion was rounded off with a finger-food buffet.

During the newspaper project, the students learned about the origins, characteristics, and distribution of newspapers. Current local as well as global topics were dealt with and discussed.