The nationwide competition for smoke-free school classes was held for the 23rd time in the school year 2019/2020. Be Smart - Don't Start is a class competition for the prevention of smoking. The program has been successfully implemented in schools for over 20 years and encourages students to lead a life without smoking.

Be Smart - Don't Start is mainly aimed at grades 6 to 8.  This age group is specifically targeted since this is  the age at which most young people start smoking. Other class levels can also participate if the majority of students do not smoke. To be smoke-free means: The class says "no" to cigarettes, e-cigarettes, shishas, e-shishas, tobacco and nicotine in any form.

All seven classes of Schule Schloss Salem received a certificate after the successful participation and class 6a was even drawn by lot and is therefore the winner for one day in the Adventure Park lmmenstaad!

Unfortunately this year there was no personal award ceremony due to the Corona crisis, so class 6a received the certificate and the voucher by mail.

The other classes also received a consolation prize for their commitment and for not smoking: The “Bodenseekreis” rewards the successful participation with 50 € each for the class cash box. 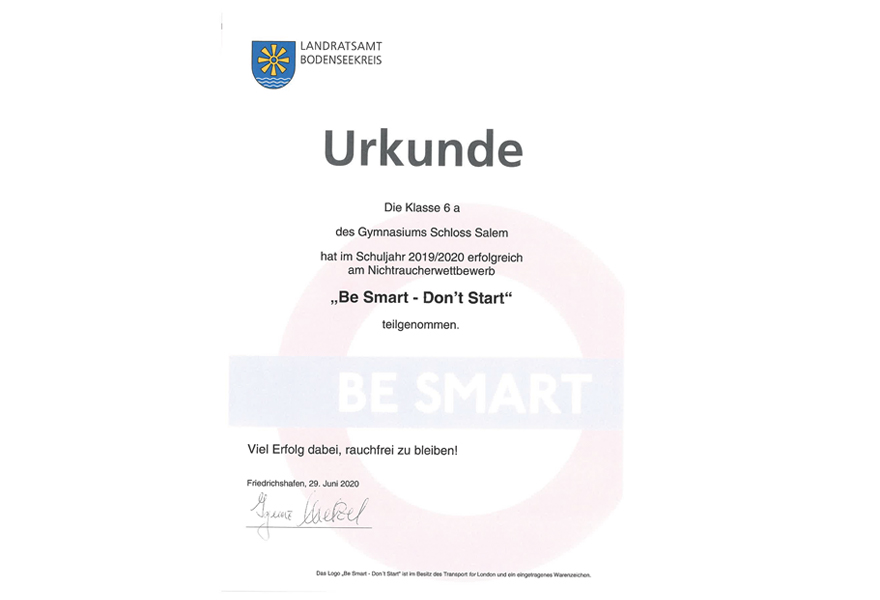 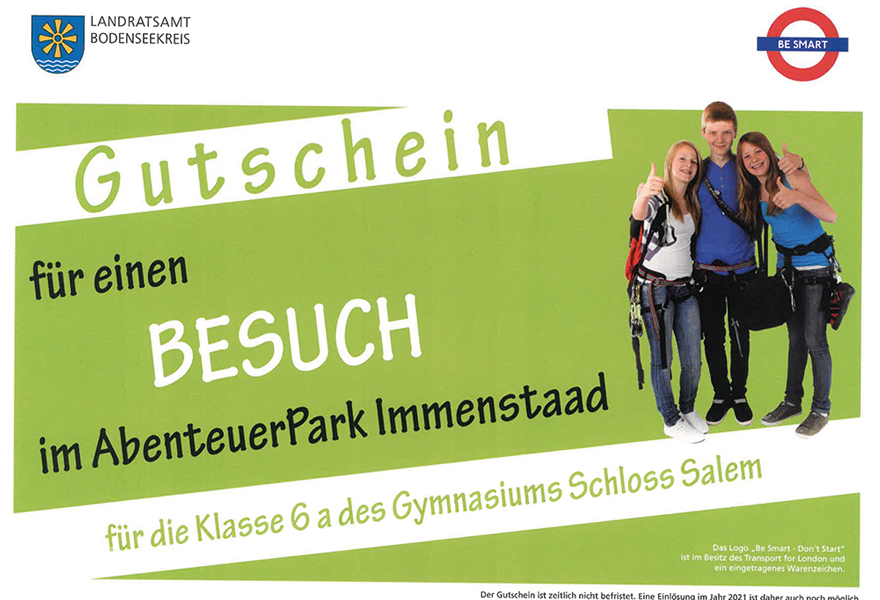