On 16 October 2020 we celebrated Halloween this year: 6 groups took part in a tour in the evening. Each group, consisting of about 5 to 6 children, knocked on different mentor doors (Annex, Novizen 1, Prinz Max 1 und 2, MBO/MBM), enjoyed the scary atmosphere there for 15 minutes and then moved on to the next door.

In the annex, the disguised inhabitants led them through a squeaky door into a dark room, where they were also rewarded with sweets after being frightened and horrified. The Torkel had been transformed with cobwebs into a haunted cave, through which one had to meander. Once you had penetrated this labyrinth of cobwebs, there was a horror story before you could claim the much longed-for sweets for yourself.

Many thanks for the organization and to the helpers of this event: Aaron, Dmitry, Noah, Ben, Caroline, Emma, Sasha, Fee, Luna, the mentors involved and of course the wings. Without all of them this could not have been possible.

On Halloween, of course, we dressed up first. Then there were delicious “Seelen”for dinner. Now it really started! First we split up into five creepy groups and went from wing to wing and got a bag full of sweets. In my group we first went to Novizen 1 and got a bag full of sweets. Then we went to Wings Prinz Max 1 and 2 and had to walk a lot, but it was worth it. Finally we arrived at the attic after a riddle and asked the person in front of the door what to expect.

We opened the door and saw ropes with spiders. We had to crawl through. The first hurdle was cleared. Now we had to go through a dark room and two girls at the side gave us a real fright. Then we had to solve a riddle and when we made it we got sweets. Then we went to the annex and saw a girl at the door. She opened the door for us. There was spooky music. We went into the living room and it was dark there.

Then girls with lights came and walked around us. It took a while, but then we got sweets. In the end we went to the Torkel and there were some bad luck threads. If we touched the threads, bad luck threatened us. When we made it, two boys told us a scary story and in the end we divided our sweets and were happy. 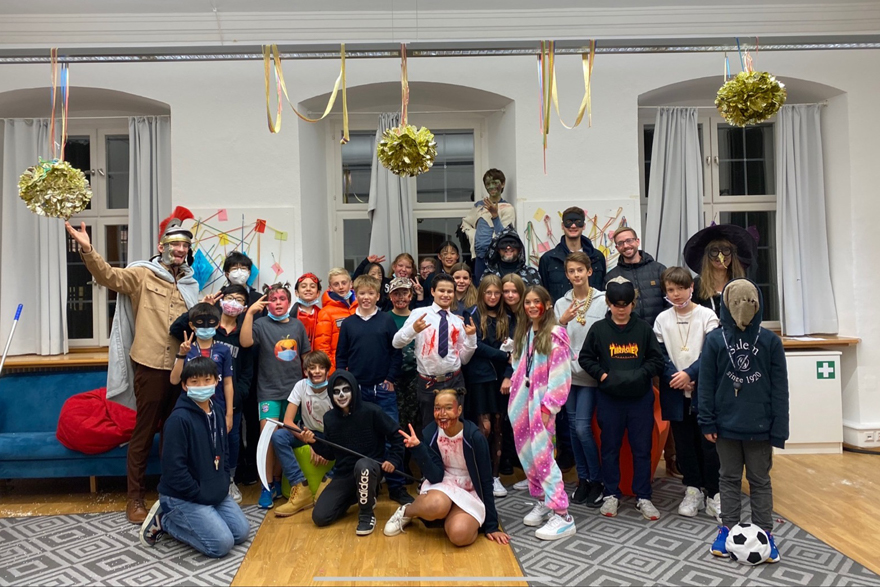 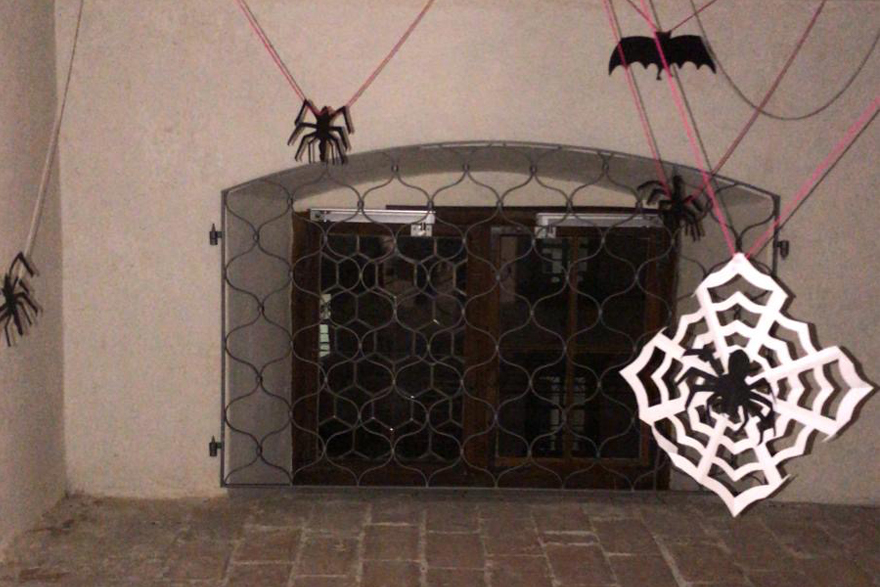 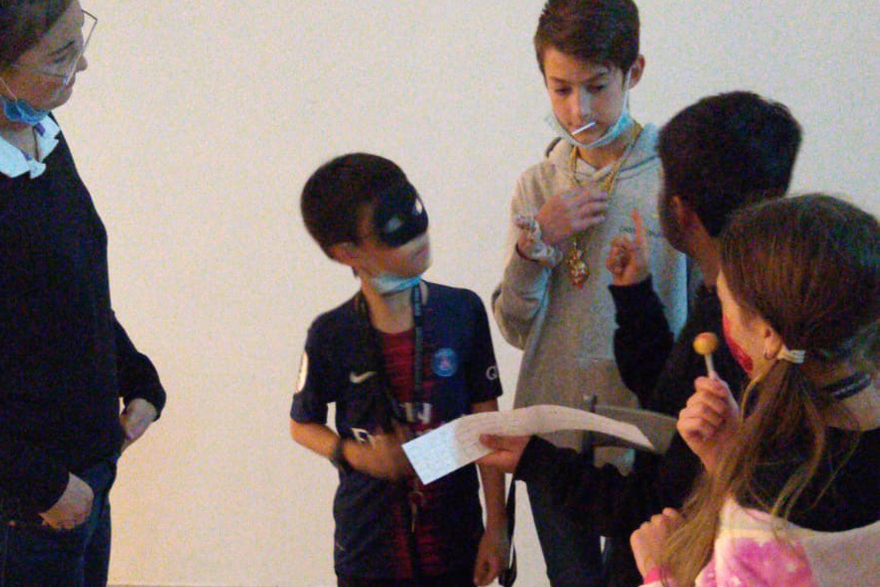