Start
News & Dates
Blog
07/05/2020
Resuming School Despite Coronavirus: Joyful Reunions
After the Whitsun school holiday all our students were finally allowed to return to campus. Everyone was thrilled, even though there are new rules to be followed.

In corridors, in dorm rooms, at dining hall tables – since the middle of June Schloss Salem has been the scene of many joyful reunions. Most of us had not seen each other for several months. Due to the coronavirus, arrivals at school for the year’s final epoch were spread over two days – Saturday, 13 June 2020, and the following day. But due to the scarcity of international flights, several students had even arrived during the Whitsun holiday. 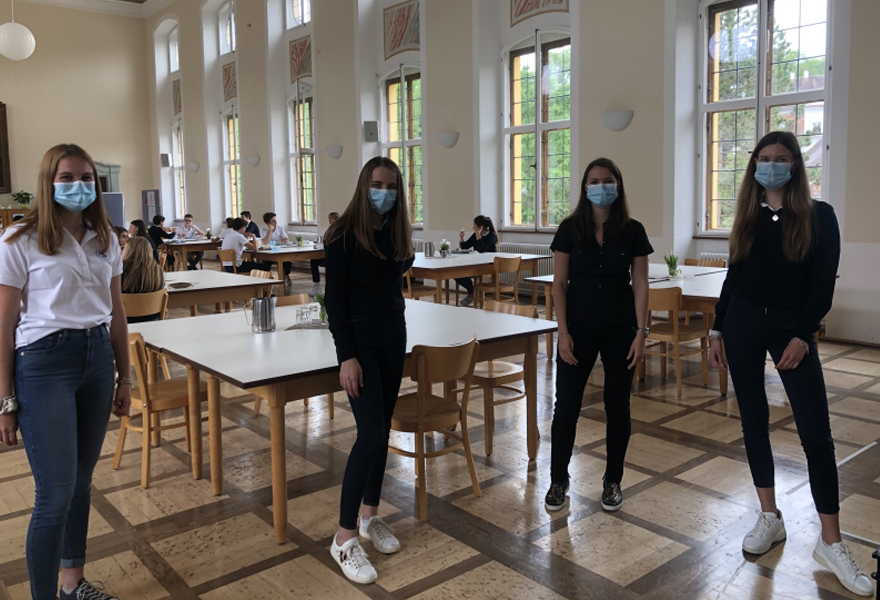 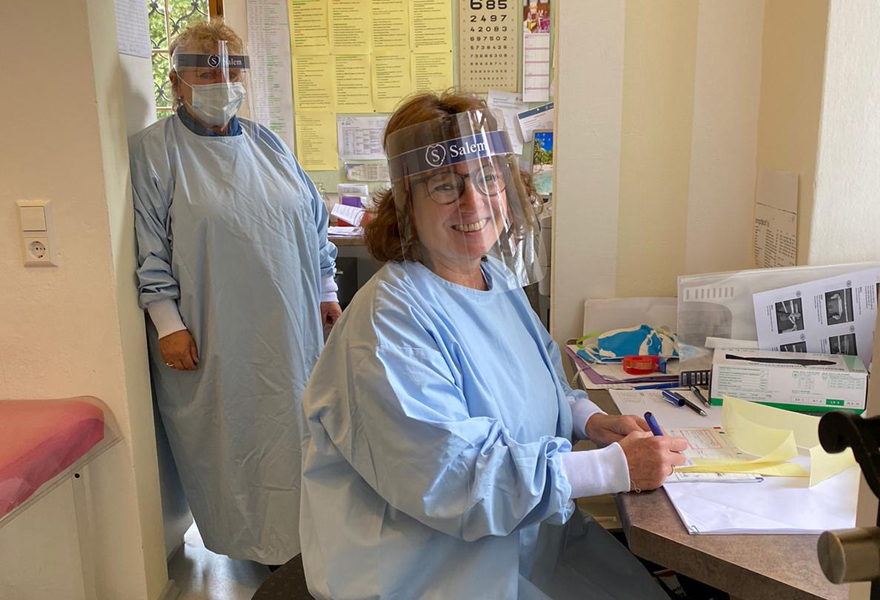 The first stop for all new arrivals was our school infirmary (Kraqu), to get a short initial check-up. Temperatures were taken and each student was checked for flu symptoms. The infirmary was staffed by two nurses on each arrival date. Students who had returned from regions that have been especially hard hit by the coronavirus were initially isolated and tested for Covid-19. As soon as negative test results were received, those students were allowed to rejoin their dormitory wings. All of our new arrivals tested negative.

Meals served on a shift schedule 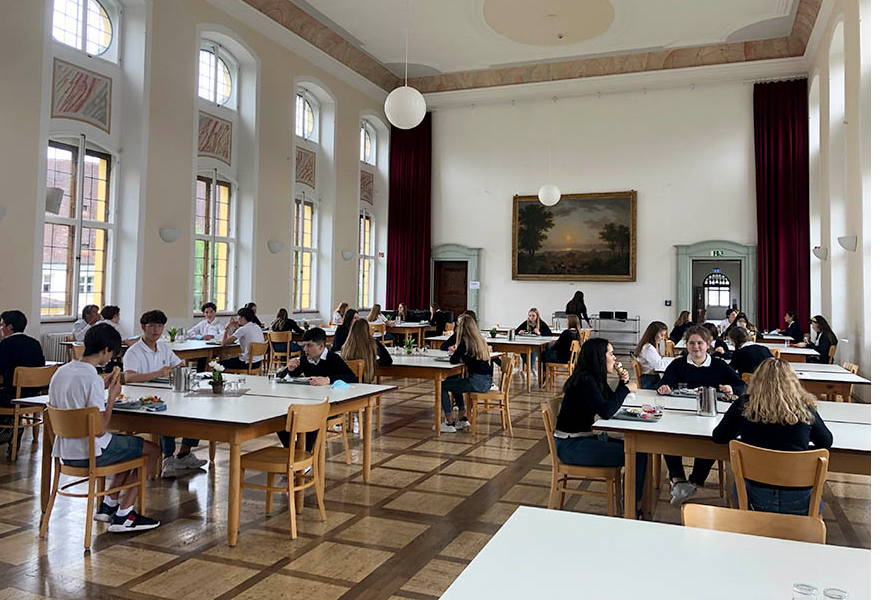 In the dorm wings mentors reviewed all the new hygiene and safety measures with their young mentees. The most difficult of these rules is to maintain physical distance from one another. After three-and-a-half months of separation, students were eager to welcome each other with a hug!

And daily life has changed in other ways due to the hygiene regulations. Classrooms have been re-assigned, tables and chairs re-arranged. Meals must now be served in two shifts and many other activities adapted to the new situation. But just a few days ago some regulations have been officially loosened, so now it is possible to take up “normal” boarding school life again – much to the joy of everyone involved!