Embarking on a journey that would hold many positive surprises in store, I felt excited as I arrived in Munich alongside my friends from Salem. Although we had a very pleasant first dinner together, we fell into our beds quickly, exhausted from the trip and anticipatory about the next day. The first day of the conference we arrived nervously at the Hanns Seidel Stiftung. Would we be sufficiently prepared? Did we stand a chance against the other delegates? Personally, I was particularly anxious that my service to the group as one of the chairs would not prove itself good enough. As we started lobbying, though, it became apparent very rapidly that our delegation brought both an accurate understanding of the UN and thought-out resolutions to the table. In my committee, the General Assembly Fourth Committee, I instantaneously found enough co-submitters to my resolution on the situation in Venezuela. By the end of the day, every single member of the Salem delegation was a main submitter in their committee, making me happy as a delegate and a chair. A highlight of mine that day was the opening speech I delivered in front of around 170 delegates as Ambassador of Canada as it allowed me to firmly introduce Canada’s goals for the conference. Throughout the next two days, I actively participated in my committee which consisted of around 40 delegates from mostly Europe. As a main submitter, I was particularly engaged with the humanitarian crisis in Venezuela and fought long battles in my committee to demonstrate the merits of the resolution I presented to the house. My resolution eventually passed, instilling a sense of gratitude and relief in me. Over the hours, we further dealt with the topic of supporting non-self-governing territories in their struggle for independence and ensuring safety for whistleblowers. I tried to be the most constructive member to the house I could be by writing amendments and giving speeches. I also enjoyed the social part of MUN, allowing me to exchange ideas with other open-minded international students over lunch or during recess. I got to know truly intriguing personalities whose company I valued highly. After the official conference, we met up in the downtown area of Munich to enjoy the evening together, creating a comfortable counter-balance to all the heated and intense debates.

On the last day of the conference, I felt honored to present my resolution in front of the entire General Assembly as the best resolution from my committee. Shortly before presenting my resolution in the General Assembly’s moderated caucus, a notice from the Security Council reached us, informing us that there had been a hypothetical crisis in the world. This crisis changed global power relations and national stances of each country. Canada, for instance, became a puritan, theological nation that shut its borders and entered a union with the United States of America. This change in perspective required a completely new strategy from my point of view, making it even harder for me to fight for my resolution. In the end, my effort and dedication were all worth it: My resolution was passed by the entire General Assembly. Shortly before leaving the conference to travel home, my MUNOM chair approached and shared the exciting news with me: I was awarded the accolade of Best Delegate in my committee. Happiness rushed through my veins, completing the trip on a satisfactory note. My MUNOM experience has been extraordinarily impactful. Not only did it reaffirm my passion for international relations, public speaking, and global diplomacy, but it also demonstrated the value of team work and interpersonal relationships to me. Without the support I found in my committee, I would not have been able to pass or even debate my resolution. And without the friends from my committee and Salem, I would not have had the phenomenal time I eventually had. My participation in the MUNOM conference truly is a privilege that has been bestowed upon me. I will cherish the memories I made and the lessons I learned for a long time 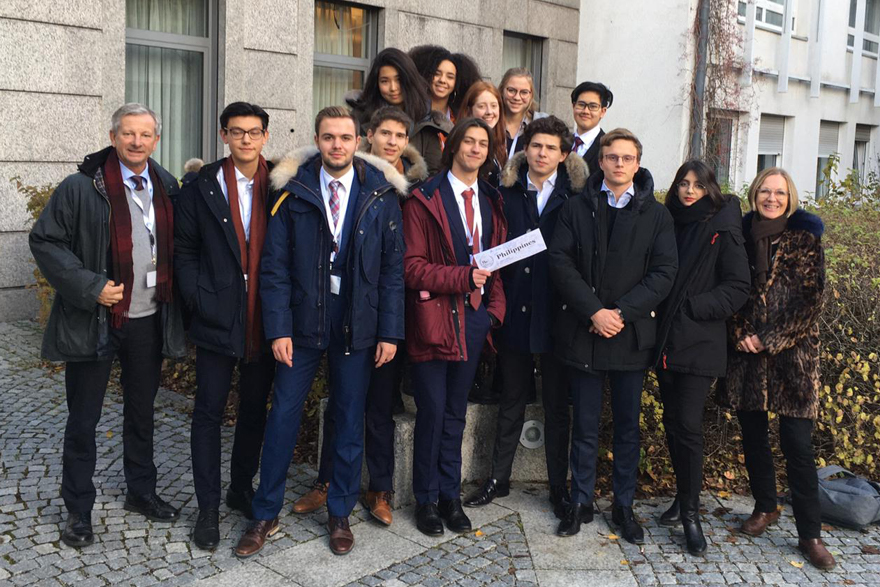 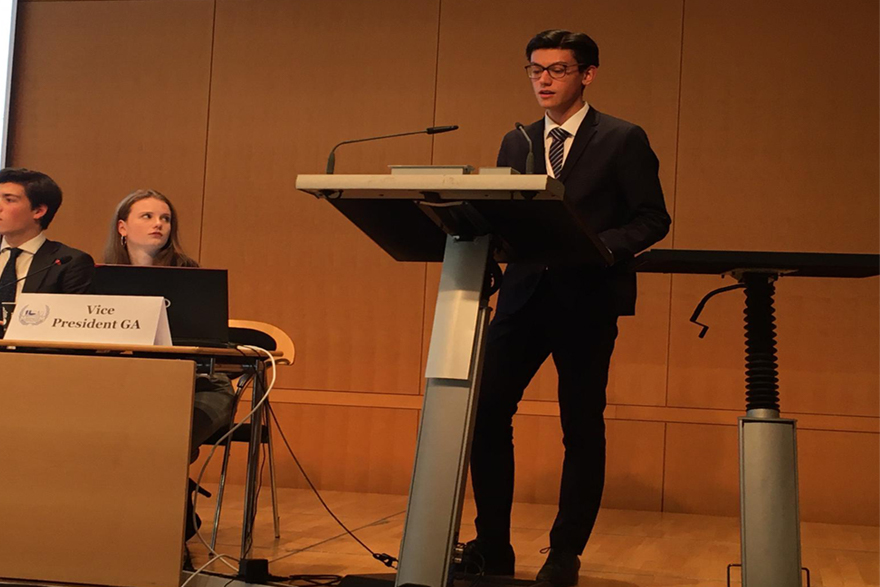