On the first day after summer holidays something very unusual happened. We students of Years 7 and 8 were already sitting in our classroom when we were told that this would not be a normal school day. Our teachers then invited us to a Getting-Acquainted Rallye. First we were divided into smaller groups, then the fun began! Each group started out at a different location, and in total we moved around to ten stations. These included a quiz about Salem, a game of trust, pantomime, and many other fascinating tasks. It was worth all the effort, because by the end of the day our class felt a real sense of community.

Integration day also brought Year 10s an extraordinary challenge. The day was designed to help us get to know each other better and to get excited about the coming school year. Each of the class-groups received the title of a fairy tale and was asked to rehearse and present it as a theatre play. This is already my fourth year in Salem and we have never had such a fun time as on this day! The task helped us feel really close to each other and this was the best way to build up our community spirit for this school year.

At Schloss Spetzgart the “Getting-to-Know-You” games were also held on 14 September 2020. The goal was to integrate the new members of the dormitory wings and strengthen our trust in one another. Five stations were set up for us, each with its own challenges. In order to complete the tasks, team spirit and a joint effort were necessary. Despite the very warm weather we all had fun. In the case of “Falling Ladders” one person had to fall backwards off a ladder and trust that he or she would be caught by his or her fellow dorm mates. Next, after some instructions from a professional, we turned our hands to archery. Soon we were able, for example, to hit the very small balloons attached to the target. As a crowning finale we played a game called “Installing the Battery” that pitted all the wings against each other. The goal was to place a battery as far up the board as possible using only one hand. The rest of the team tried to manoeuvre the player, while holding just one arm and leg, into the best (however wobbly) position. It was amazing how fast our wing forged itself into a team. We are grateful to the organizers for this wonderful day. 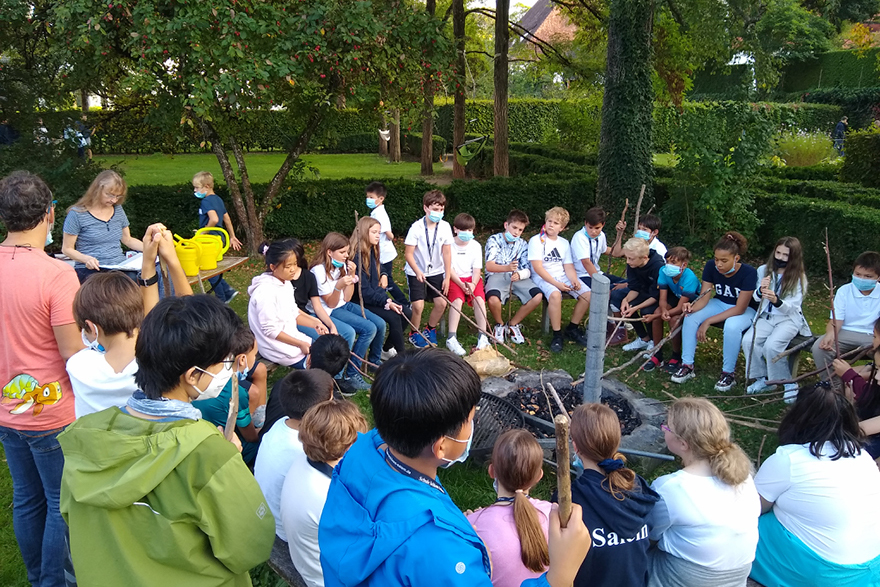 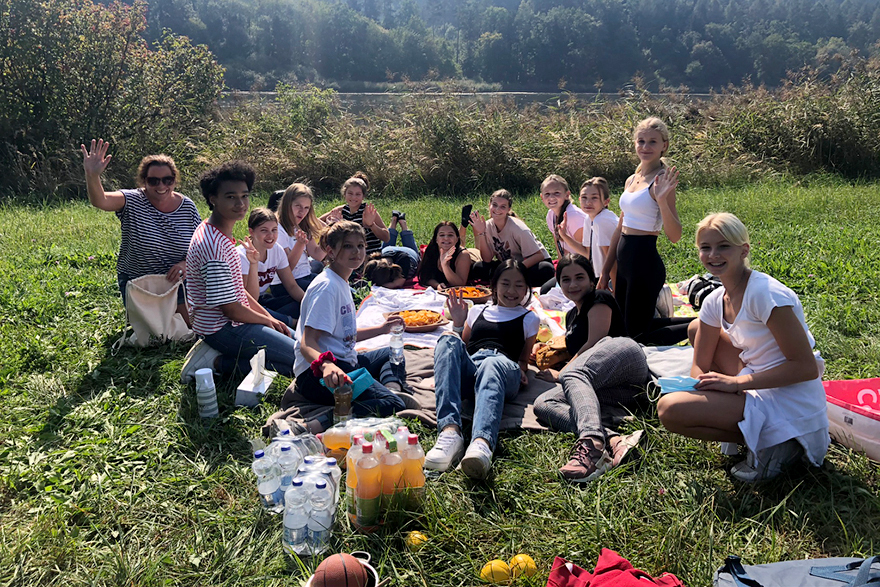 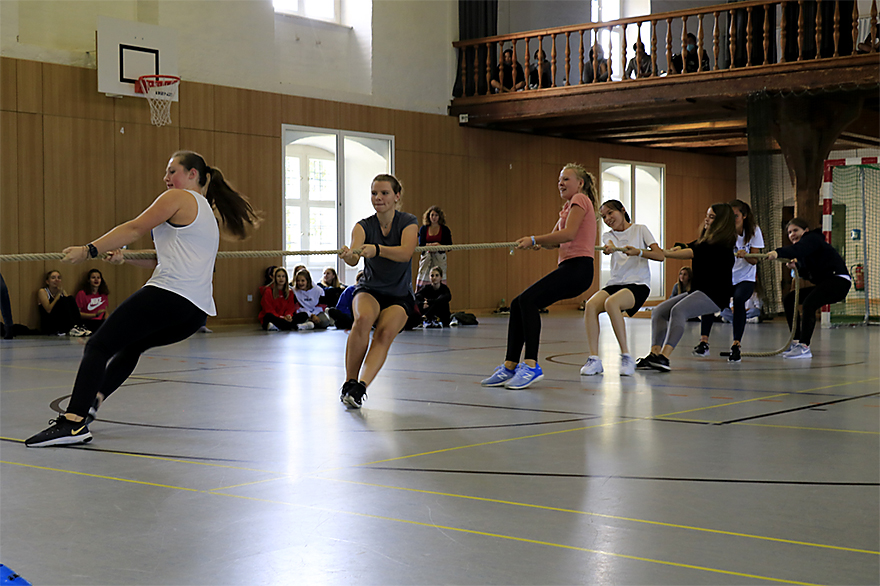 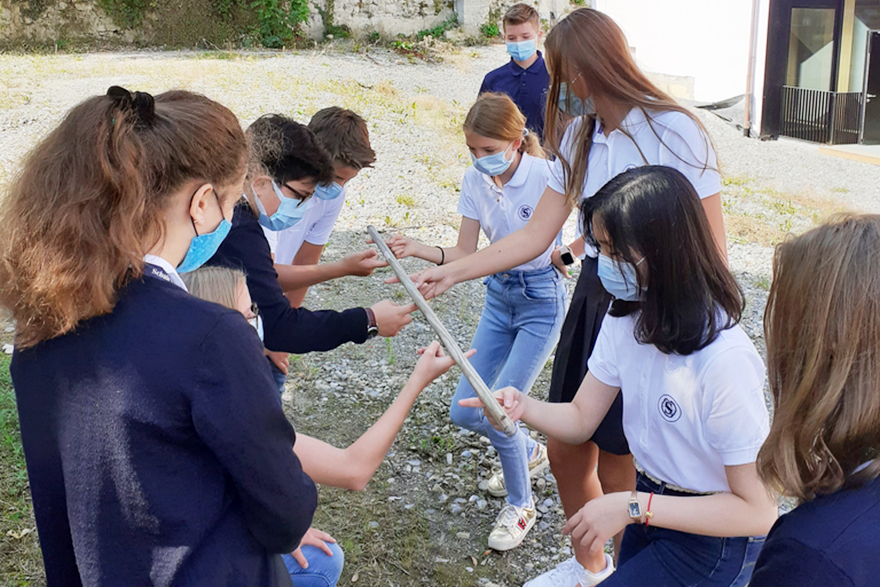 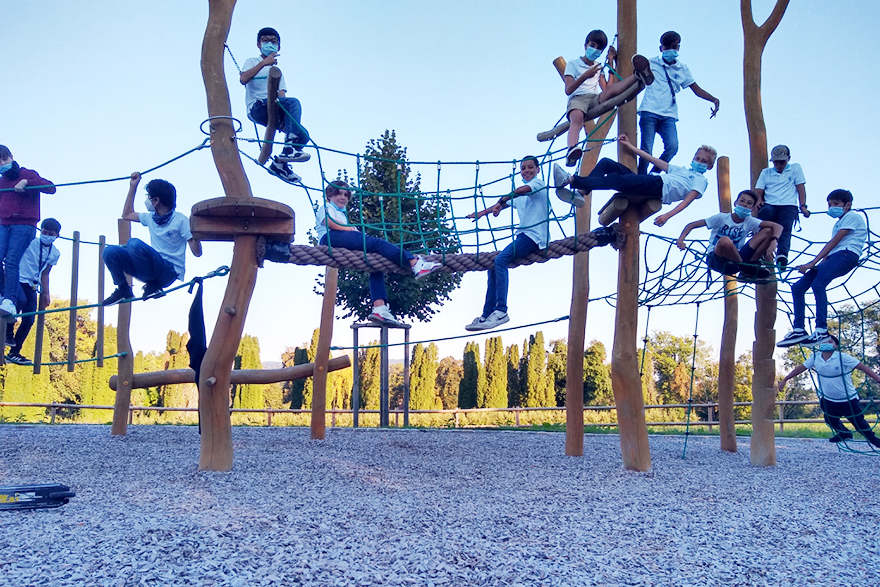 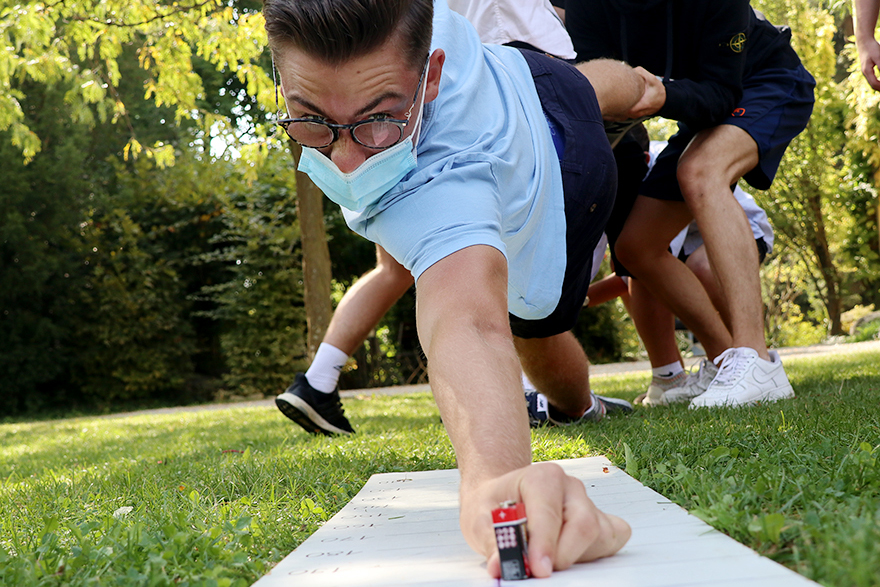