Start
News & Dates
Blog
11/29/2019
30 Years after the Fall of the Berlin Wall: Project Day with an Eyewitness
Our teacher Aik Reuter talked about his childhood and youth in East Germany, about being spied on by the state security service and about the building of the Berlin Wall.

What was it really like to live in East Germany, and what did the border wall mean to East Germans (GDR)? On 9 November 2019, the 30th anniversary of the fall of the Berlin Wall, the Salem teacher for maths, geography and sport talked about this and much more. Schule Schloss Salem had organised the project day for Years 9 and 10.

Mr. Reuter arrived in the uniform he had worn in the National People’s Army (NVA) of East Germany to talk about his experiences and paramilitary training as a member of the communist youth organisation “Free German Youth” (FDJ) and the Sport and Technology Association (GST). He painted a picture of life in East Germany and described how closely the state security agency (Stasi) spied upon its citizens with methods that we can hardly imagine possible. For us it was both very interesting and quite shocking to hear how the Berlin Wall was built and what consequences it had. From one day to the next, the residents of East Germany could no longer see their friends and family in West Germany, and could no longer travel outside their country.

The good sides of East Germany

But Mr. Reuter also described positive aspects of life in East Germany, such as the good relationships between adults and children that were based on mutual respect – thanks to the FDJ. And in East Germany women and men were treated equally. Mr. Reuter also said that despite these things it was clear that the East German system wasn’t working. Therefore he and his family signed a document which singled out certain negative aspects of the East German way of life, and, as a result, they were placed in detention by the Stasi for half a year. In the spring of 1989 a ransom was paid by the West German (FRG) government for their freedom.

Now our teacher believes that there are so many dissatisfied people living today in the eastern part of Germany because the many good aspects of East German society, such as child care services offered by employers, were not given enough attention at the time of re-unification. He hopes that our generation now stands for a unified Germany. At the end of his talk, listeners had the opportunity to ask Aik Reuter questions, which he gladly answered with humour and in detail. 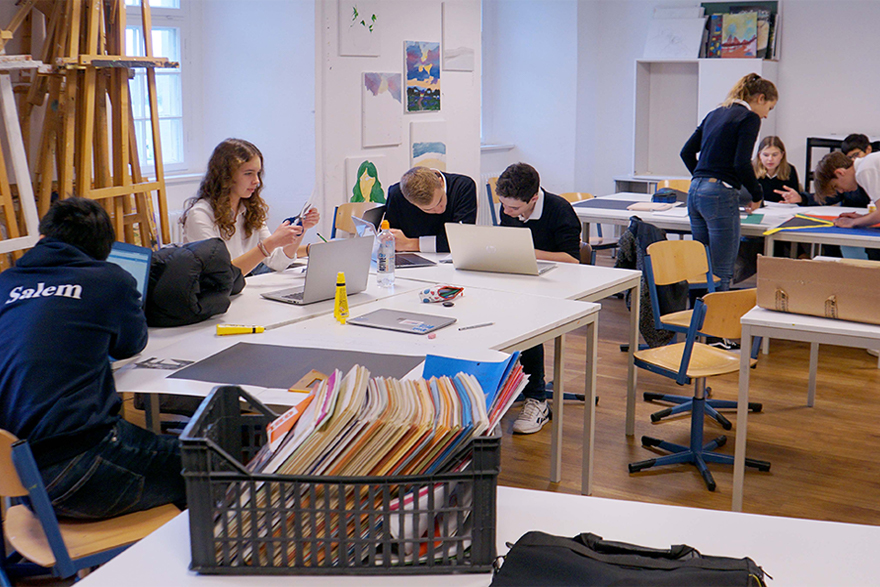 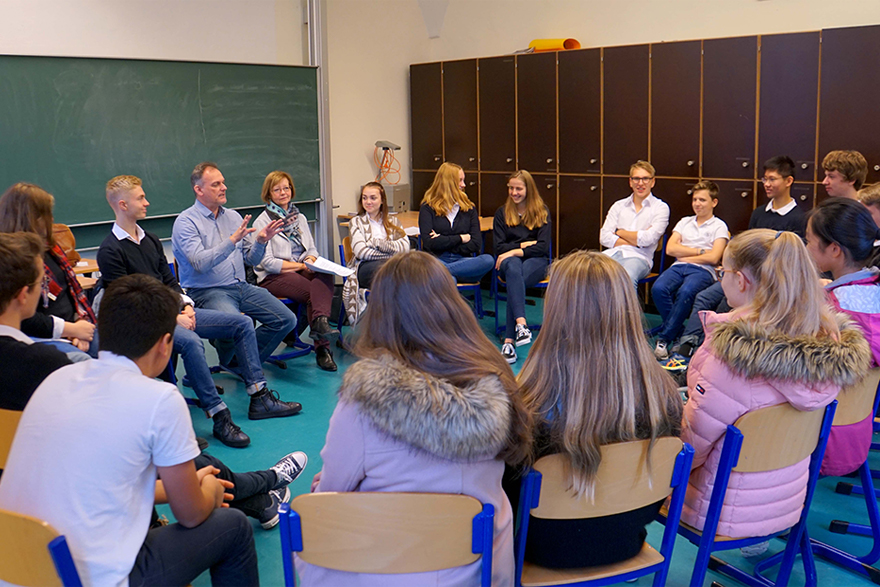 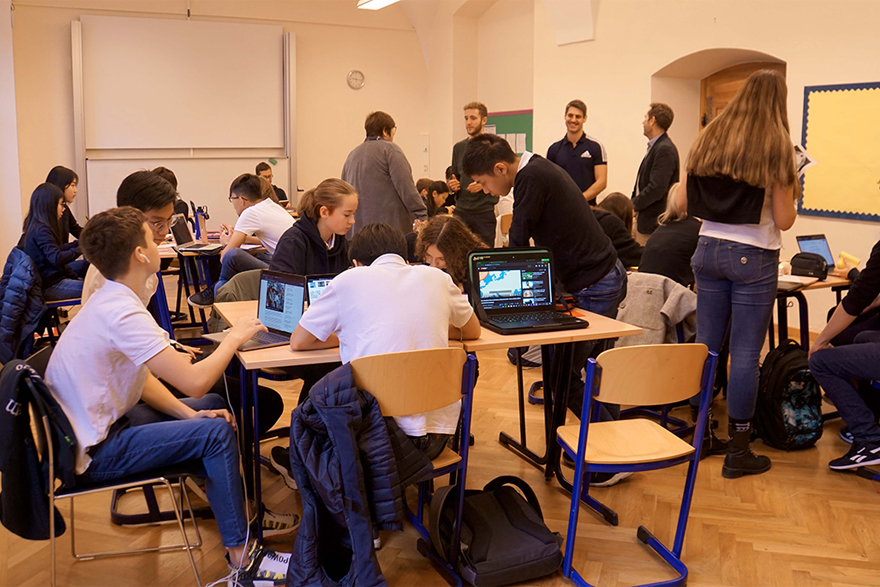 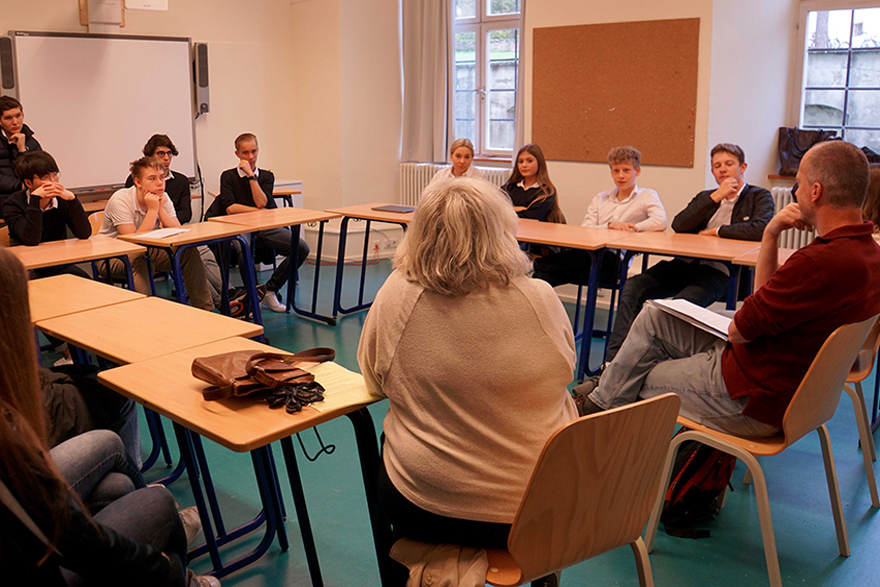 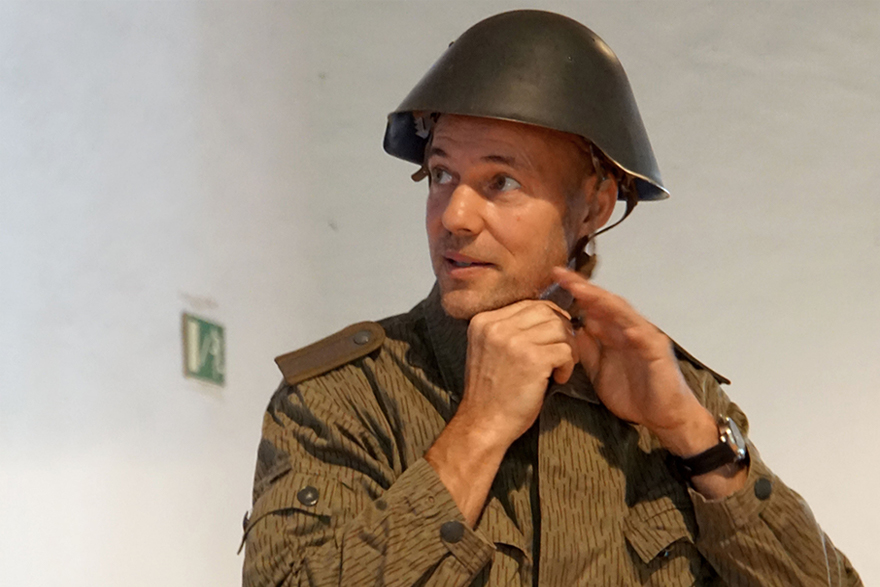 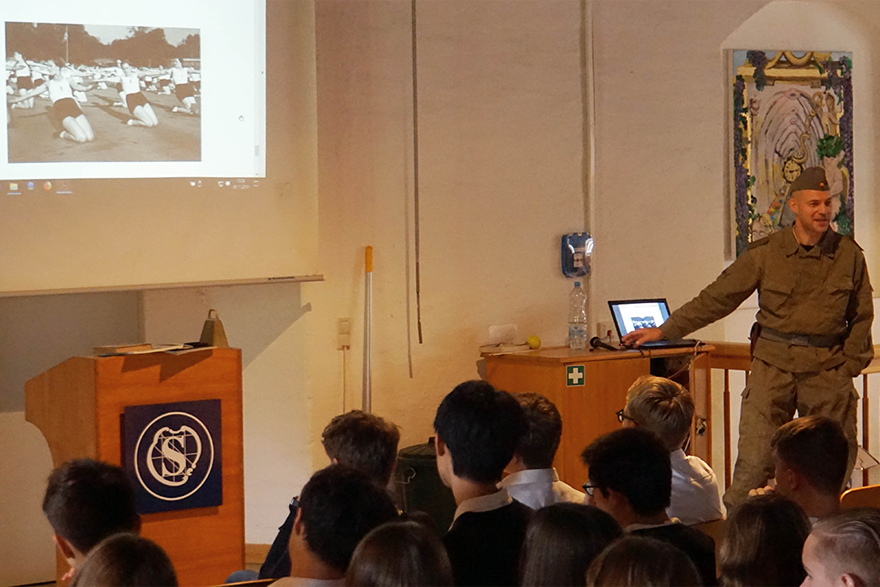