Start
Termine & News
Blog
10/02/2020
An Alpine view of Salem that could never be defined
von Greg Williams, Kunstlehrer in Salem von 2017-2019
Nothing would have quite prepared me for the amazing panorama view I had when I first stepped onto the balcony on the Zimmerman Bauernhof site back in August 2017 ...

Nothing would have quite prepared me for the amazing panorama view I had when I first stepped onto the balcony on the Zimmerman Bauernhof site back in August 2017 and was greeted with the glimmering magnitude of Lake Constanz and the Alps before me. Immediately I knew some extraordinary experiences lay in store but I never could have imagined just how many.

Since those impactful first impressions, the defining essence of teaching at Salem still eludes me. Apart from the scenery, the students themselves are different.  There is little separation between a class and intermingling in the canteen or on the boarding wings; we just know each other in many different contexts which makes acceptance and understanding far easier to establish. This became even more apparent on the revived art trips we made to Basel, regal Vienna and most strikingly, the Venice Biennale in 2019. These excursions shine out to me as times of real creative engagement and the opportunities to explore the cultures that created some outstanding and often intriguing works of art. In December 2018, however, the philosophy of leadership, selfless collaboration and global citizenship, (however one can define that term), was fully embodied when I was sent, as a deputy leader on the Round Square Big Build project in Sri Lanka. Being absorbed into a group of so many nationalities tasked with building an entirely new education unit for a local community epitomised Kurt Hahn´s vision of a truly global education, well beyond the individualism and personal privilege we take for granted.

To say that there hasn´t been challenges would be a gross denial. Many native staff were sympathetic to a rather unkept, fifty-something Brit trying to blabber a few nonsensical words in German but to be honest, the novelty soon wore off making one not being able to articulate in the vernacular feel almost invisible. The art department initially, felt dismantled both physically and ideologically, demanding much effort from my dear colleague, Simon Mueller and I to assert a common vision. Thankfully the students responded and one of my proudest moments was when we mounted their IB Art exhibition in the Alte Turnhalle.  Two years later, just when we thought we had established a natural rhythm, two new studios, an emerging digital centre and a major Art show planned in the middle of Überlingen, our foundations were shook once again when Corona Virus reared its ugly head but what has not been said about that already?

Salem is never just one thing and that´s why a few lines could ever do it justice. There are, of course frustrations but also a million opportunities where nothing is really set in stone, even if it may feel like it. I have dearly loved your distinctness, your uncompromised dedication to put the students first, and the endless exchanges of debates, meals and visits which have made my time here, and that of my daughter Alba, worthwhile. For that, I am extremely grateful to all but especially to Frau Mergenthaler, Dr Schumer and Mr Niederhofer for their plentiful support, my international and German colleagues (Insightful David, Emma the Compassionate, Progressive Danielle, Simon the Great Art Templar, the Effervescent Merlins, the much missed Norbys, Kris the refined and ever gracious Sophie Weidlich, Ponderous Jason and Karen, Josh, Belinda, Kris etc….) for sharing in the journey. To all my other colleagues and scores of incredible students who I owe so much, Wiedersehen und viel Glück! 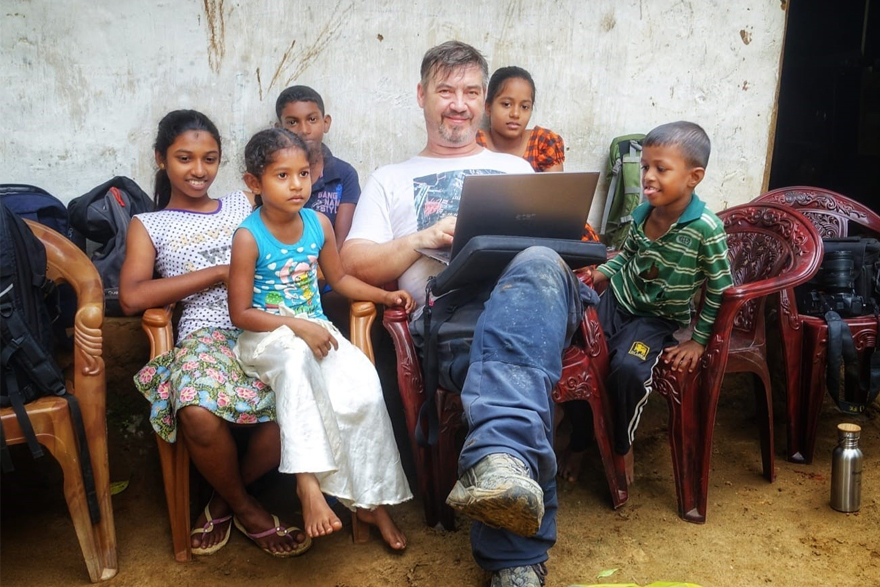